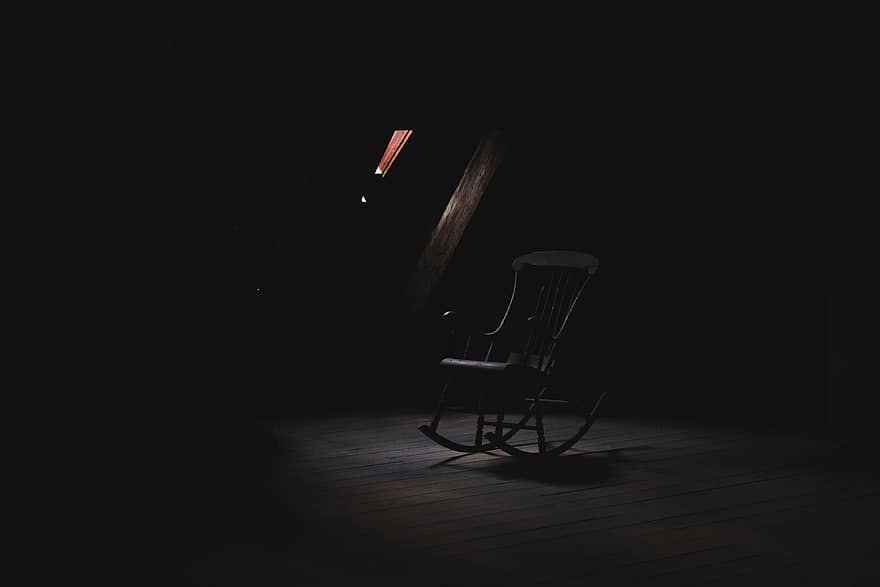 (Upon my Bedroom Ceiling as a Child.)

There was a Shadow of a rocking chair in the corner of the room.
It was high up on the ceiling and sometimes it would move.
No one tried to sit on it, there was nothing that could prove
It was even really there, But it was true.

There were cobwebs in the lampshade hanging heavy with the dust,
And sometimes I imagined the light played tricks and must
have cast a Shadow on the corner of an empty rocking chair,
That wasn’t really real,But it was there.

There was a suitcase on the wardrobe, folded blankets and some hats,
And every time I looked at them, I thought it might be that.
Throwing shapes on flaky paint, casting Shadows in the cracks.
It wasn’t really true, It was a fact.

There was a tree that tapped the window whenever the wind blew.
It reached up to the gutter and one night I just knew,
That the lightning and the thunder would soon reveal the truth.
Of the Shadows that were playing in the roof.

There was lightning, there was thunder, there was power in the air,
And all the Shadows came to me, invited me up there.
Lightning crackled, thunder growled, then things got really wild,
Upon my bedroom ceiling As a child.

Todays poetry prompt. Go to a book you love. Find a short line that strikes you. Make that line the title of your poem. Write a poem inspired by the line. Then, after you’ve finished, change the title completely. My line came from Magical Tales by RJ Stewart. I opened the book at a random page to find these words. ‘Upon my bedroom ceiling as a child.’